Home » The Editor » The Feminine Revolution 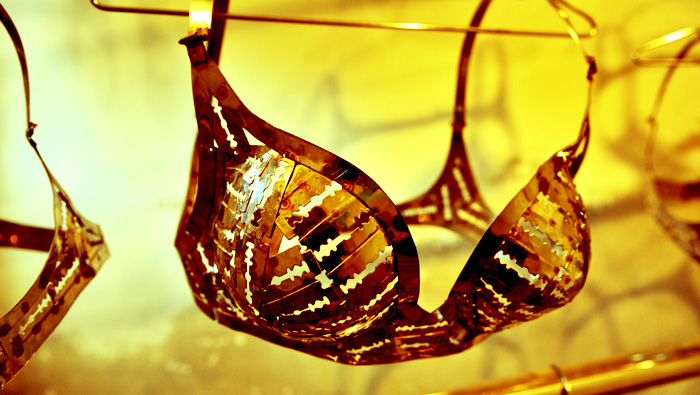 Sweden’s Greta Thunberg is leading a younger generation’s protest against their elders inability to make headway against global warming. She fights for us all, and has made young people, in 36 countries, rally to her cause. What’s emerging is a global awakening to the fact that things will not remain the way they have always been, that there will be life after Brexit, and free trade and gold cards. Ministers are failing, as the political system is being challenged. How is it that a sixteen-year-old girl, born in Stockholm, Sweden, can achieve so much?

Almost two years ago during a Big Data-analysis I was able to identify “a pattern and a ripple” that heralded something new. It was not something I had seen before, and at first I resisted believing the results. Among hundreds of millions of web pages, the algorithms lifted up a new trend being born. The trend featured emergent versions of female leadership, female values and female entrepreneurship. My analysis team dubbed the development the Feminine Revolution, and our prognosis showed it would grow in strength and influence over the coming years. This trend would start in the Nordic countries, before spreading to the rest of the world – like a plague or a healing force depending on one’s perspective. The Feminine Revolution is about the competencies of women being converted into influence and value in the future. Unlike the subjugated viewpoint of feminism, where women have to struggle to obtain the same rights as men, within this Feminine Revolution, women are superior to, and better suited for our evolving society, and an enterprising future than men are. Now values defined as female: intuition, collaborative leadership, empathy, creativity amongst others are the most sought after according to large empirical studies of the value of leadership in the future. The Feminine Revolution is a mega-trend that will influence society as tumultuously as digitisation. Many may not want to see what is about to happen. Denial has always been one of mankind’s most common and debilitating traits.

In the fall of 2017 the Me Too movement hinted at things to come; a storm of social, political and economic change that was not without it’s victims. This was especially evident in Sweden where the Swedish Academy, who awards the Nobel Prize in Literature, was left in ruins after a number of Me Too-scandals. Organisations the world over have been affected, and many men have been forced to leave their positions of leadership. Counter-reactions exist. Jordan B. Peterson, the Canadian psychologist, claims that women often lack the aggressiveness often characterized as a key trait required to reach the top echelons of leadership. He claims that all men need do is stand up straight, make their bed and focus. Implicitly, he wishfully reasons, this is all it takes to counter the onslaught of women. Now there is Greta Thunberg. I will make the claim that Greta is the first vivid sign of the Feminine Revolution. She represents a nascent force that will ultimately persuade governments to fairly and equitably, create democratic change, and as the result forever change the political landscape. Many companies in the Nordic countries and Sweden, where I do business, are very competent where digital developments are concerned. Boards and Management Teams often have clear strategies for handling digitisation. But all too often, they are hobbled by their significant inability to embrace and incorporate the Feminine Revolution. There is no analysis, or plan in place for how to attract and retain talented women. How do you find a Greta Thunberg who can provide relevancy to your organisation? Developing new models better at measuring, for example, collaborative leadership, and creativity, or perhaps the intuitive skills, that when combined with cognitive ones, will produce the desired and unbiased outcomes, may be the best strategy. Boards and Management Teams that have the courage to recruit women, despite the fact that they have traditionally not been a part of the traditional male community of leaders, is another.

Basically it comes down to being sensitive to the new values that will dominate our future. By focusing blindly on President Trump, populism and nationalism, we are missing what is truly happening, and what is truly of long-term consequence. The influential survey of societal change, performed by European Social Survey, makes it indisputable that the youngest women have unique values. There are a lot of Gretas out there.

If you are the parent of a girl born after the year 2000 you have every reason to be proud. This is the generation who will do anything to save the world, to change values and lift enterprising innovation to new heights. You don’t have to be afraid if your daughter doesn’t want to follow patterns, or the rules of the game. Getting straight A’s is going to become less and less important. People like Greta are the ones who inevitably will lead us toward the 22nd century. As a parent you will be the first to realise this. I can only wonder when corporate leaders, politicians and middle-aged men, a group I am a representative of, will realise the same? I hope it won’t take too long. Perhaps it’s only with the help of The Feminine Revolution that we will begin to solve the greatest problems of our time, global warming, extreme population growth and the rest. That gives us the opportunity to see the contours of an economic doctrine beyond the purely liberal market values. This may be about survival for the companies of the future, but it is also to be the starting point for a New World Order.

Isn’t it strange that it took a sixteen-year-old Swedish girl in braids to open our eyes.