Home » The Editor » See the Future 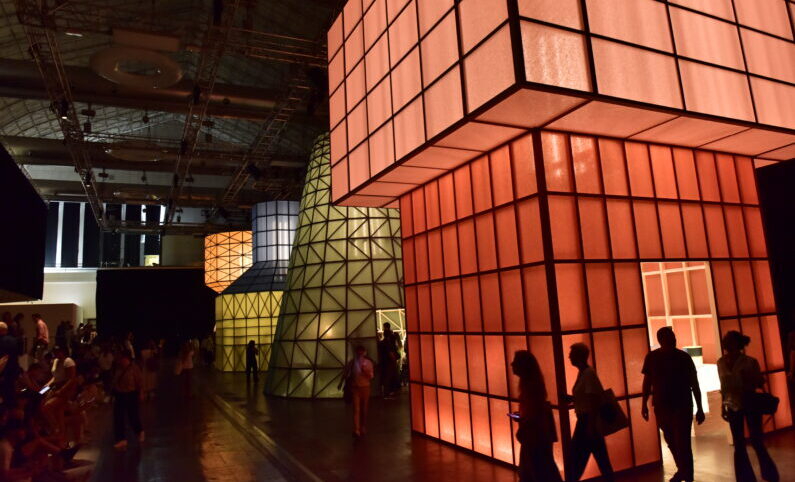 In the book Whatever by Michel Houellebecq from 1994 the author describes the protagonist as an incel-man, 20 years before this group had made any impression on the real world. A misogynistic, woman hating and half-ugly computer technician who has given up any hope of relationships. Can anything really be said about the future? Or was Houellebecq just lucky in his foretelling of incels. Many mean that the prognosticators and analysts that organisations rely on today are no more correct than the Roman vestals trying to predict the future with the help of gods 2000 years ago. I claim that we are heading for a new epoch, one where we have a greater possibility to see the future as it will be, whether we want to or not.

Analyses of the marketplace and society are often separated into three types:

The first is Insight: Here we find market analyses and surveys that answer questions about the here and now. How many prefer Prada to Gucci or KIA ev6 to Mustang E-Mach? Or a yellow x over a green y? This is also where you come across phenomena such as customer segmentation and political polling. Even intelligence gathering can be housed within these Insight analyses. Insight can be further segmented into qualitative and quantitative analyses, both of which have their own convinced espousers. A simile would be if “quantitatives” root for the Bulls while “qualitatives” have their Celtics. Their disgust for each other is well documented. A new addition to this area is the possibility of analysing digital customer behaviours, often the realm of the data analyst. Within Insight there is a great deal of data, the problem is that this data rarely leads to strategic decisions.

The second type of analysis is Forecast: Here we are dealing with prognosis of trends for the upcoming 1-5 years. Based on historical data the prognosticators are trying to, using complex statistical models, make prognoses of developments in, for example, the economy, the price of electricity or unemployment rates. This branch is the stomping ground of the economists and enjoys high status. The method is almost entirely quantitative and the models are extremely sensitive to environmental change and are viewed as notoriously unreliable. Think inflation prognosis from the Federal reserve as a recent example.

The third type of analysis is Foresight: Here the focus lies on developments and trends that take place during longer periods of time in the future, like 10, 20, 50 years or more. Analysis can pertain big questions such as technical development, the cities of the future or other complex and long term sets of problems. Here the profession often use future methods such as scenario analysis to indicate possible futures, often with the purpose of preparing organisations for different possible outcomes. Scenario analysis is generally qualitative and always narrative. Attitudes towards Foresight are as ambivalent as those toward Bob Dylan. Some view the phenomenon as an instrument with high level of originality, while others view it as wobbly garbage.

The different analyses have used different methods and been handled by different organisations and have traditionally viewed each other with great suspicion. Now the methods are melding into an integrated whole, thus affording the opportunity to gather all the information concerning the asker and use this to make strategic decisions.

The possibility to analyze enormous amounts of data and simulate different complex scenarios makes it easier to test different outcomes. How will, for example, Web3, aesthetic trends or changes in physical retail develop if scenario one will occur in 75 per cent of outcomes? In what way will the city change and how do we create security and comfort?

Scientific methodology as a part of future analysis

The use of validated scientific methodology in quantitative and qualitative analyses and the modelling of data flows are traceable, repeatable and clearly show the effect of a certain analysis and, as was done previously, developing a scenario based on exciting curious insights will no longer suffice.

Using both quantitative and qualitative methods and separating the two is today completely old-fashioned. To achieve a valid review of multi-facetted problems we need to be able to use the full range of analyses, regardless of data type or ontological persuasions. This can result in methods where qualitative and quantitative methods are used in conjunction. In some cases even integrated into the same analytical model. The latter is still regarded as method blasphemy by hardcore “quant” and “qual” fans. For example, striving to understand which communication concept will best serve to strengthen a brand over the coming 5 years we have to be able to both quantify the emotional content as well as measuring the reactions within the customers stories. Old-fashioned blinders and deadlocks brought on by fundamentalist adherence to “quant” and “qual” solutions need not go through the trouble.

In a project attempting to analyze future development one needs to bring together different expertises in an inter disciplinary team. For example, if one wants to analyze the architecture and residence of the future architects, sociologists, artists and technical experts and many more need to be included in the process. An all-knowing analyst or strategist who thinks he can interpret weak signals can end up as badly wrong as the tone-deaf person who attempts to transcribe Stravinsky’s “The Rite of Spring”, where the chaotic din of the introduction is in fact a well-structured and thought out chord [1]). In the inter disciplinary project entirely new insights are created, insights that will otherwise be interpreted as inconsequential. This is why it is imperative that we make room a Houellebecq-person in future analysis.

In order to analyze the future with any veracity well defined queries are crucial since sources of error can greatly affect the analysis. Today we can analyze, with a fairly high degree of certainty, queries like:

I am not saying that it is totally simple, but it is entirely possible, and any organisation that wants to know what lies beyond the horizon and decrease the uncertainty in their future business can do so today.

When Houellebecq predicted the incel man in Whatever and Islamic terror acts in Platform, some claim it as proof of true prophetic ability. Myself, I think it is rather a question of strong intuition, a knack for decoding and interpreting weak signals. This is a crucial ability, because even if we have fantastic models these days someone has to be insightful enough to pose the question or formulate the initial hypothesis. This is where you as leader, future researcher, strategist or maybe prophet can make your most important effort.

[1] The so called Augur harmony. Eb7 and E (Fb) superimposed