Home » Architecture » The Louvre Abu Dhabi or What would have happened if Jean Nouvel had built The Nobel museum? 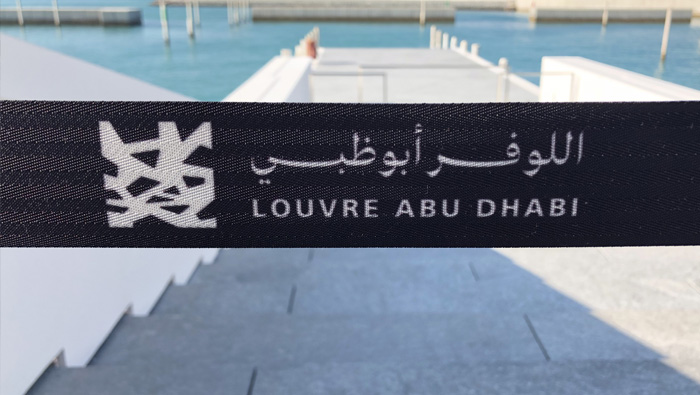 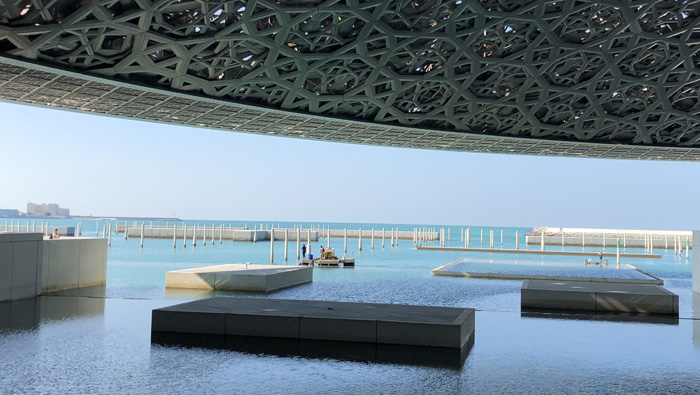 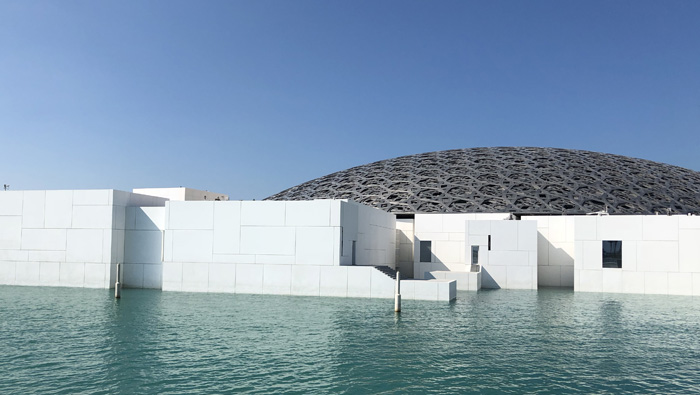 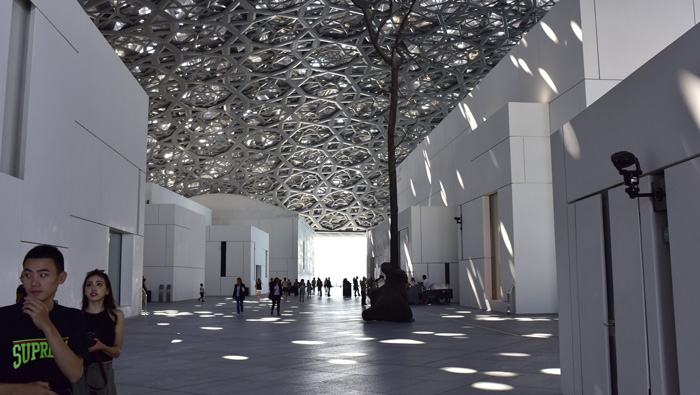 Only when understanding our place we may be able to participate creatively and contribute to its history. Genius Loci: Towards a Phenomenology of Architecture. Christian Norberg-Schulz

We had heard a great deal about Jean Nouvel’s latest creation. A pavilion and culture-franchise in the major league. The cost is an official secret, but is far above one and a half billion Euro that MBZ[1] has had to shell out to get a new museum and rights to the brand. Apart from this a sizeable sum has been invested to amass a collection worthy of the name. For instance Leonardo da Vinci’s painting Salvator Mundi was purchased for 4,2 billion SEK, something that betrays grand ambitions.

Our expectations were not the highest as we caught a taxi to Saadiyat Island, where the museum is deposited, some distance from the city centre. After gorging on ostentatious buildings in Dubai and Abu Dhabi this could be hit or miss.

Nouvel’s design comes across as rather restrained from the outside. There is no striking explosion of boldness, not a Bilbao Guggenheim or a Sydney opera house, here the architect has shown significantly less need for personal assertion. The architecture comes across more as a re(interpretation) of the local culture and a will to adapt the volumes to the topography. Rarely have we experienced a starchitecht with this amount of servility. Understatedness does not actually have to be less effective. The extreme and grand, be it a Doumo in Milan or Burj Khalifa in Dubai, rarely speaks to our humanity, but rather to our will to submit. Any musician knows that the effect of the subtle pianissimo can be far greater than the unabashed forte.

Still, it is with it’s interior that the Louvre Abu Dhabi truly touches you. An exquisite roof structure provides an ever-changing play of light, with the sharp sunlight as the main performer. With formations of stairs in connection with the ocean and a small adjacent harbour Nouvel creates a natural reference to the narrative of sea-faring and trade in Abu Dhabi. Giuseppe Penone’s bronze tree Leaves of Light adds to the drama and, of course, interacts with the architecture. It is a hard place to leave. It owns you and does not want to let you leave uninjured. A part of you remains underneath that domed roof and will never want to come home with you.

The exhibition, despite a nice and communicative disposition, has trouble competing with the building itself. It takes the magic of an almost-Leonardo to balance the Genius Loci that Jean Nouvel built for us in the Louvre Abu Dhabi. The saviour of the world is, however, missing and it is unsure when he will show himself again.

Picturing, for a moment, the impossible; that Jean Nouvel gets the opportunity to create a Nobel museum with an almost unlimited budget. What could he have achieved? First and foremost he would place the museum someplace else. Perhaps in the archipelago or in the Haga park. Then he would take inspiration from Gunnar Asplund, Hilma af Klint and Selma Lagerlöf and based on this created a narrative built on the layers of cultural sediment that have been generated through the centuries. Finally Nouvel would have reinterpreted these Swedish historical and cultural impressions to the present day, not burdened by sentimentality or conservatism. Since this is unlikely to happen tomorrow I recommend a trip to the Louvre Abu Dhabi.

Quattroporte has worked to instill courage into the development of Swedish projects for almost 15 years. You can combine high quality, profitability and a sense of the place. This is our conviction.

[1][1]H.H Sheikh Mohamed bin Zayed bin Sultan Al-Nahyan is ”the man who calls all the shots” in Abu Dhabi.