Gen Z is not what we had hoped for 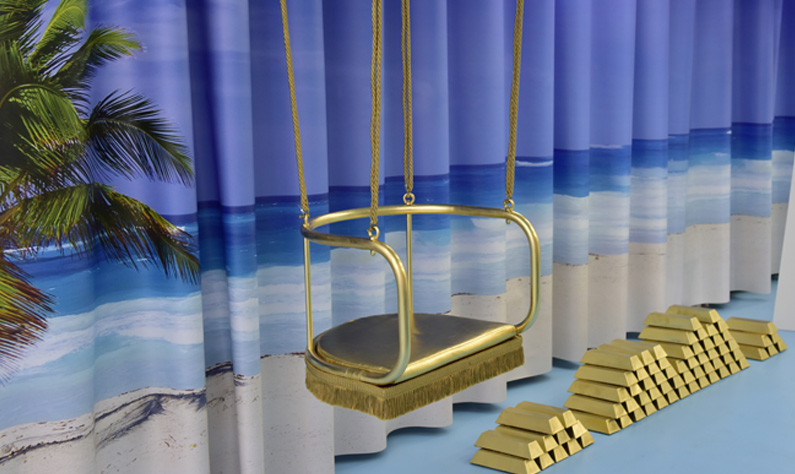 The lines are snaking longer than ever in front of the luxury stores in recently re-opened cities. Hermès, Prada, Gucci and the likes rise from the ashes and put up better numbers than before the pandemic. The strangest thing is that those pining in the lines are Greta’s generational comrades. Generation Z seems to be becoming the most luxury hungry generation ever.

There were many who believed that Generation Z would be a more conscious and consumer critical group. Quattroporte has studied them since they were children and we have been able to see that beneath a thin veneer of environmental discourse there has been a great interest in the luxurious, beautiful and unique.

How did this happen?

Put very simply, this is their rebellion. While their parents watch in horror, wondering if their children aren’t going to go out and protest with Fridays for Future instead of shopping at Zalando and Bubbleroom all day? In vain. For the entirety of their education generation-Z has been groomed using, by all means, well founded arguments on why we have to live more sustainably. In this context Greta has fooled an older generation into believing that youth in general, are willing to get involved for the climate.

Greta is rather a way for those born in the Seventies to alleviate their conscience for all those weekend-trips to New York and all the frivolous purchases at H&M. All this has been observed by their children. Their parent’s hypocrisy and mock dismay at the wicked problems that threaten our existence. Children despise their parent’s sermons and this time it’s worse still since reality and ideals are so far apart. These are the same parents that are now hysterically booking trips to Italy and the USA to be able to leave as soon as the vaccine certificate comes through. Making up for lost time is the number one priority for many.

00-ists are very worried about the environment and there are even those who suffer from anxiety because of this. Despite this they are not willing to forgo their way of living and consuming. The scenario described reminds me of when I taught super-talented Indian designers about a decade ago. They viewed consumption as a right and that we now championed a more sustainable way of life was viewed as a new form of colonialism.

Some things have, however, stuck in the consciousness of the youngsters. We need to buy fewer things. It is better to buy quality items that can be mended rather than throw-away items. From this perspective Gucci, Prada and others look like a better alternative; well designed products of very high quality. It seems that some of these luxury brands have cracked the code of what will be considered beautiful in the future. Because beauty seems to be becoming increasingly important for this young target group. 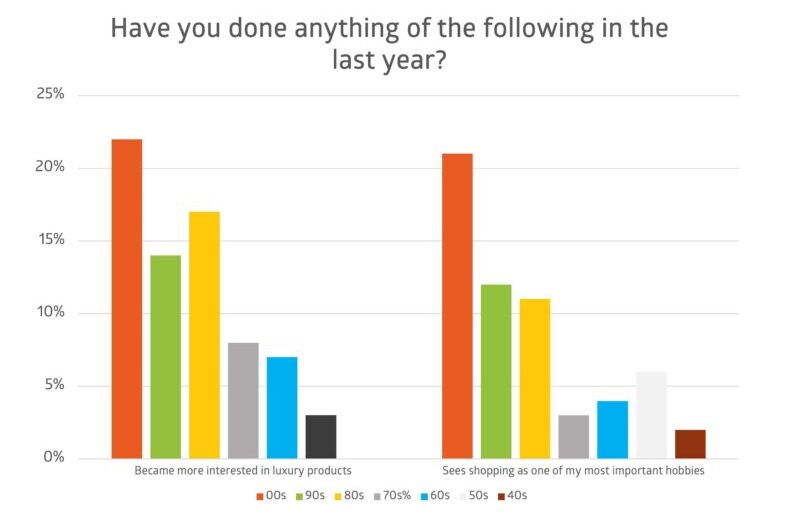 In a recent study of 3500 Swedes Quattroporte could clearly see differences between different generations. It is the youngest who are most interested in luxury and who view shopping as their most important interest. We have followed these youngsters over the years and we have asked them how they tackle questions of consumption, housing, politics, communication and much more. Their values are not like yours and mine. These are new people who populate this planet and make it their own. Now it is time for us older people to realize that it is we who are going to have to adapt to their visions and ideas. Not project our own remorse on those who will succeed us.

I believe that in order to achieve real change a new ideological and philosophical view of life needs to be presented. Something that not only revolves around frugality and abstinence. Where there is also room for lust and love. Because who among us can take another doomsday prophecy proclaimed with a serious face by Johan Rockström. Continually feeding the cognitive dissonance already present in great measures in a young generation is more likely counterproductive.

Personally, I believe that culture will play a very important role in the development of the new society this generation will live in. Literature, movies, performing arts, music and dance, gaming and much more. Consumption of culture will increase in coming decades, something that is not only meaningful but also creates meaning and is deeply humanizing. Digital consumption of streamed culture will contribute to a more sustainable consumerism.

The snaking lines outside the luxury stores might be a good sign. Now we are past the shallow, quick and unnecessary throw-away ways. Now we want the eternal, beautiful and ascended. From there the step to George Eliot’s novels and Warhol’s pop art might not be so big? What do all you wise and creative people out there think?