Home » About us » Our team » Peter Majanen 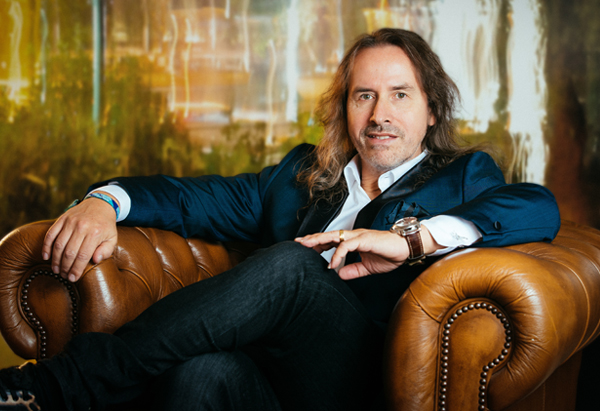 In 2005, after an extraordinarily boring decade as Director at Kreab and Head of Research at Demoskop, Peter Majanen decided to only do meaningful things. So he started Quattroporte together with his colleague Richard Sjöberg.

In his youth Peter was accomplished athlete, ranked as one of Sweden’s best young shot-putters and winning the gold medal in the Swedish junior championship in 1983.

During the Eighties and Nineties Peter trained as a singer at the Music academy in Malmö and worked as a professional musician. He became one of the leading singers in his generation. Parallel with his music career in the Nineties Peter did research into values at the university of Lund under the tutelage of world renowned professor Karl-Erik Rosengrens. Today Peter Majanen is one of the world’s leading values researchers.

From the mid nineties Peter has specialized in complex analysis of values and trends. He has worked in many of the biggest development projects, both in Sweden and abroad, to identify trends and target groups of the future

Today Peter’s main interest is using his insight to develop the best innovations and the most effective means of communication.

2013 Developed a model for Hunches and Innovation with designer Reed Kram and Professor Ronald Jones. The model was then digitized.

2016 Designed the foundation for the idea of Meaningful Economy

2018-2022. Member in the jury of The Government’s Export Prize for the Cultural and Creative Industry

2020- Social media influencer with more than 100.000 readers and listeners

2021-Member of board in International Scene of Contemporary Dance – Dansens hus.

Can you describe some important experiences that you have had?

Mike Stern and Michael Brecker in concert 1987 at Montmartre in Copenhagen – UpsideDownside.

Bill Viola’s exhibit Oceans Without a Shore at the Venice biennal 2007.

Concert with Heaven and Hell and Ronnie James Dio 2008 at Sweden Rock.

Venice Biennale 2012 in the German Pavillion when Christoph Schlingensief’s death struggle and subsequent death was mercilessly portrayed in the artists installation in a church, depicting his own death struggle in We are all autonomous.

What do you believe in?
Talent, hard free work, creativity and deep thoughts.

Who should work with an ageing hard rock singer, shot-putter, values researcher and future nerd?

Probably other nerds who want to achieve something of lasting value!