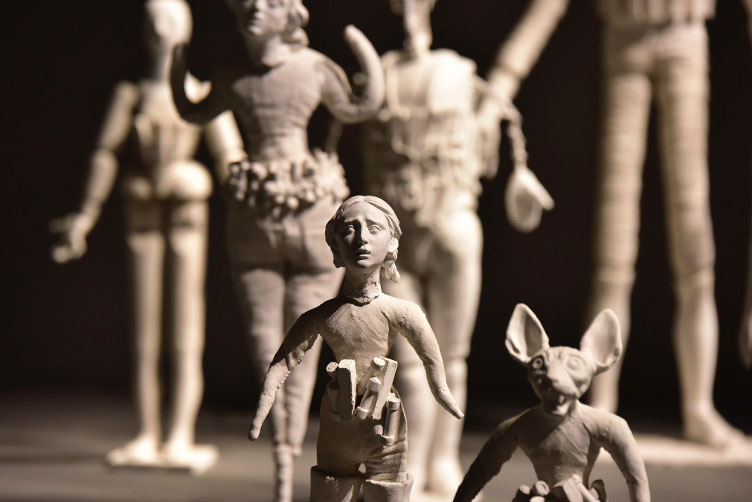 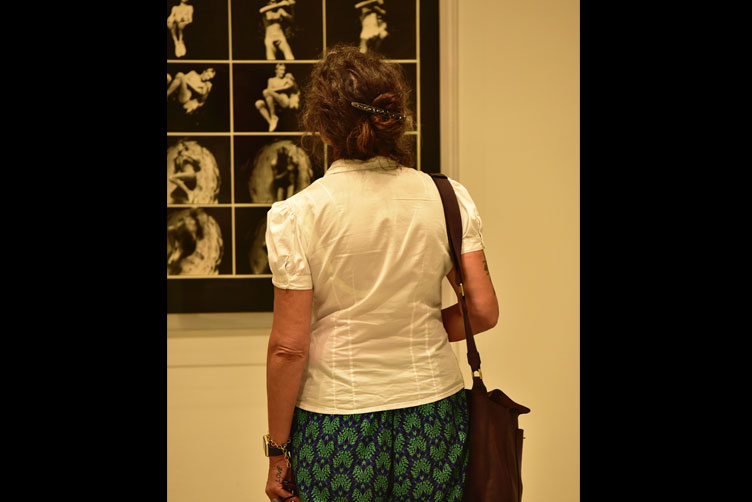 Feminine Revolution – the trend that no one took seriously

A recent big-data study of mega trends clearly shows that Feminine Revolution together with digitisation, will be one of the most important trends over the coming 5-10 years. #metoo is only the beginning. Why now and what can we expect of the future?

A feminist revolution that is reshaping society has caught us all off guard. It should not have – the signs have been there for a long time. It is just that no one has taken them seriously. Today we can use big data analysis to understand why new societal developments emerge and what we can expect over the coming year or so. The big-data study was performed by Quattroporte using the proprietary system Q-Ball, containing more than 160 million web pages and nearly 3 billion in social media with split second updates. Q-Ball can, with great accuracy, identify upcoming developments over the next 5-10 years. Unlike many models the system includes a selection from the entire Internet in order to provide as relevant a mirroring of the real world as possible.

Behind Feminine Revolution and #metoo are driving forces that strengthen the power base of females in society. We are dealing with the swift disappearance of the stereotypical female role, an increased demand for self-realisation, as well as an accelerating need for soft talent and power are well known driving forces. Still many are caught unawares by the revolution we are meeting today.

Q-Ball can analyse the mega trends that will grow during the coming years. The system reveals the sub trends underpinning a mega trend like for example Feminine Revolution. In the model we can see both the potential, as well as when an event will take off to grow further. 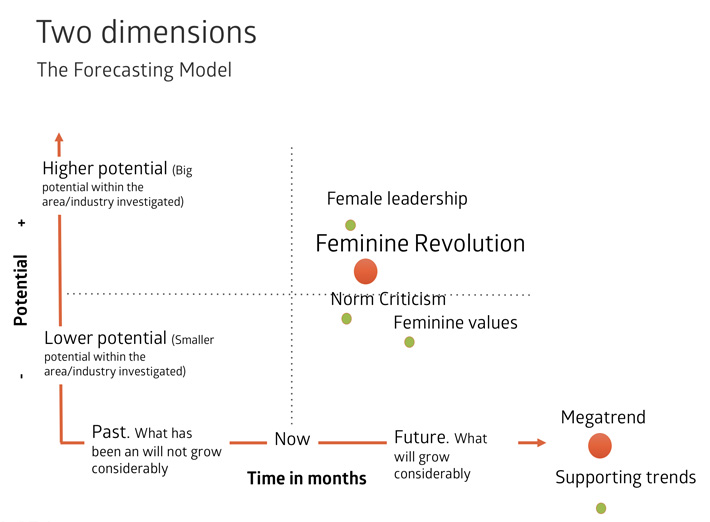 It is clear that female leadership and financial independence will be strong sub trends. But also norm criticism and what is categorised as feminine values will rapidly gain importance. Digitisation and the feminine revolution lead to a new world order. Whether we want it to or not.

Consequences of a new world order

The short-term consequence of Feminine Revolution is that organisations will be called upon to meet new needs in new ways. Boards and leaderships would do well to consider the consequences a feminine revolution will have on their communication, brand and innovation. There must be a strategy for the feminine revolution like there is for the digital one.

1. Women take power – women claim leadership
Everything points to women gaining more power in society over the coming decades, both politically, economically, culturally as well as in the private sphere.

2. Male characteristics become superfluous
Digitisation removes many of the professions that focus on hard talent: calculations, analytical work and others traditionally associated with men. Many prestige occupations such as engineer, doctor, lawyer will be replaced by automation.

3. Collectivistic creating
Within cultural endeavours there will no longer be a place for the male genius. A greater part of the creating will be done collectively. Often through strong networks. In this arena women will also take up much more space than they do today. Studies show that young women are superior at problem solving within groups.

4. Male populism
A negative consequence of all this could be an increased insecurity and hostility. When women assume power through revolution and men lose the position of privilege they have held for so long. Many men will be and feel superfluous.

As all revolutions this one will also mean increased areas of conflict and tension. In the short term, a sense of vindication and getting their own back may be good for women. At the same time there is a real risk that #metoo will result in irreconcilability, fear and weakening of the freedom of speech.

It will be a case of trading places where women are victorious while men become the losers. It is the women who drive and develop, who are avant-gardistic and create new culture. Men, in many cases, have only themselves to blame, they lacked the drive to take the step into a transparent digital world where stuffy closed societies can no longer perpetuate the idea of their own excellence.

Structures and players will be and ridiculed. The Swedish Academy, the media (mainly the male hack journalist), Karolinska Institutet, the Nobel Prize and others are only the beginning of this development.

There are however many women and men who do not find a female revolution interesting. They do not want to take part in either #metoo or in a general condemnation of men and of the old structures. Many of them stay quiet – to have the wrong opinion in 2017 is almost as bad as having it during the October revolution 100 years ago. Public executions and smear campaigns can ruin lives today. Let us hope that Feminine revolution and #metoo are not the beginning of a new era of lack of freedom.

Q-Ball is developed by Quattroporte Konsult and adapted to the Norwegian market by Zynk.