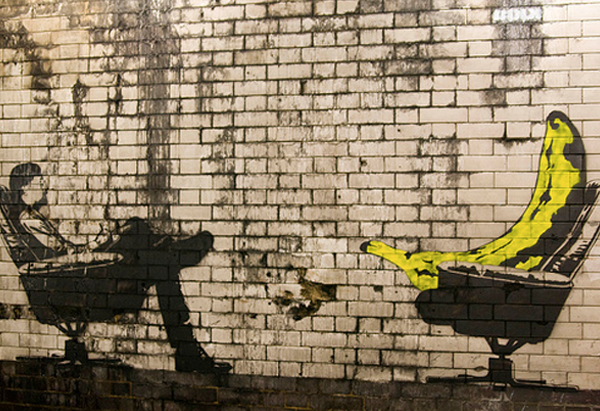 The image of Sweden in the world has deteriorated dramatically during the past months. This fact can influence the desire to invest in the country in a very negative way. Now it’s time to handle the disinformation campaign directed at our country in a clever way.

By analysing more than 100 million web pages and several billion tweets continuously Quattroporte can, aided by it’s proprietary tool Q-Ball, continuously measure the current situation and make reliable predictions about a myriad developments in the future. We have previously predicted Brexit and Trump with ease. Now we see protectionism and populism being the dominant forces over the coming years. The crystal ball has worked so far.

From an example to a banana republic

Sweden has enjoyed a very positive image internationally through the years and only a few countries, for example Norway and Canada, have been able to compete with us in this regard. Campaigns from Russian Today and other nationalist media has have failed to change this image to any great extent. For the past two months the image of Sweden has changed dramatically and if this development were to continue for another month we would end up at the level of some banana republics. For a small country that relies on free trade for its wealth it’s important to be linked to positive values. There are of course other factors at play, but positive values are not a negligible part of the equation for success. In this context a seriously damaged image of Sweden greatly affects the country’s ability to compete in an international market.

We have lost control of the narrative

It’s easy to connect this negative development to Donald Trump lashing out against Sweden and right-wing medias willingness to that we are losing our grip. Regardless of the political game and what is true or not we can already see the consequences. We have to some extent lost control of the narrative in our own story. Now is the time to act. We can already see which are the most sensitive points for influencing opinion and conveying the truth. An actor with resources could swiftly break the downward trend. How? By using knowledge of communication theory, psychology and smart data this is possible. Then It’s even possible to defeat the U.S.A., Russia and Donald Trump in an information war that we have only seen the beginning of so far. 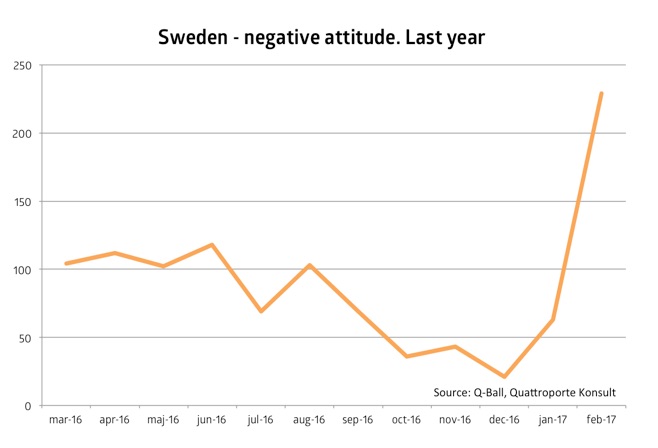