Home » The Editor » The return of beauty

The return of beauty 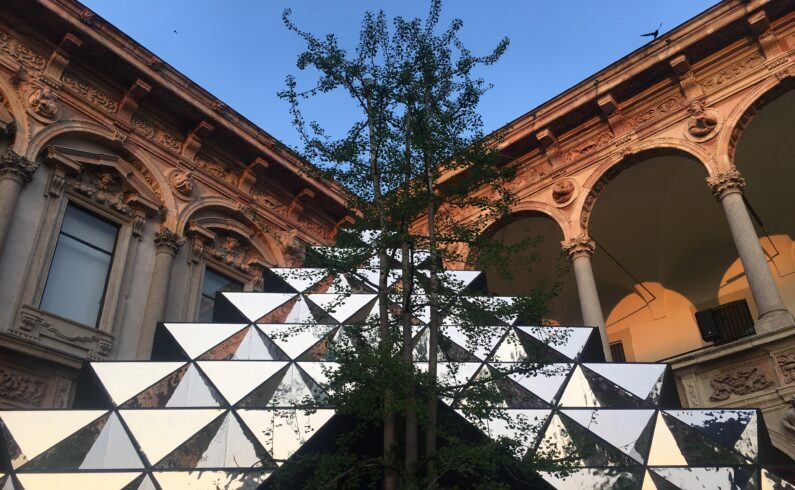 Great shifts and crises create space for change, for new thoughts, ideologies, values and new aesthetics. What was regarded as attractive in design, architecture and fashion a mere decade ago becomes nigh despised in this shift. The change is swift and almost always without warning. Think back to the abrupt shift from National romance/Classicism to Modernism that happened after The First World War.

Humanity is currently going through a crisis that might be compared to one of the great wars, namely a global event that affects the majority of humanity in some way. Wouldn´t it be strange if prevailing values as well as aesthetics were not influenced by this situation. The aesthetic ideals of any given era are in no way random. On the contrary, what was viewed as beautiful in the 16th or the 19th century was underpinned by the societal values of that time. In a study of values from the year 1500 to 2010 that Quattroporte did eight years ago the impact of this evolution of values on aesthetic ideals and expressions was clear.

1500-1600: The Renaissance era was characterized by the values SPIRITUAL LIFE, SECLUSION and WISDOM. This era gave rise to the magnificent villas and palaces of Palladio, the dramas of Shakespeare and Michelangelo´s David. It was a time for symmetry and proportions more than ever before, or since for that matter.

1700-1800: Values like AUTHORITY, ORDER and INTELLIGENCE were at their most important during the Enlightenment, which is often reflected in a more rational and cool aesthetic. Neoclassicism gathered their ideals from Athens and were often about the search for the original style.

1800-1918: The Romance era was defined by values like WEALTH, PRIDE and BEAUTY. It was during this period that Jugend/Art Noveau had their heyday. This was also the time when many of our most beloved townships and buildings were created. Think of the boulevards of Paris and the blocks of Östermalm. In art Anders Zorn and Carl Larsson were important Swedish figures.

1918-1975: INDEPENDENCE, PROGRESS and JUSTICE were the dominating values during the height of Modernism. The stripped, the functional and the minimalist was a great success in everything from the new hygienic residential areas, to the simplicity of design and the liberation of the arts from traditional norms and proportions.

So what happens now?

2020-2021: PANDEMIC. What we see now is a great increase in the interest of the values BEAUTY and ORDER. The question is what new aesthetic will be the result of the explosive growth in these values? Is the search for BEAUTY an absolute, or is it more of a relative occurrence?

The relationship BEAUTY and ORDER is a particularly interesting one. It is the return of old-fashioned values that we have not seen since the Enlightenment and Romance eras and this evolution of values could result in something very different. There may come a shift as dramatic as when the Romance/Classicism era was replaced by Modernism. The consequence of this rift is that almost all of what is designed and created today within fashion, design and architecture will soon be seen as obsolete, amusing and almost objectionable. What we can be sure of is that a new aesthetic will emerge and that it will replace the ideals of Modernism and Postmodernism.

BEAUTY will become more important during the coming decades. The player, company or other who becomes the first to visualize this new aesthetic will doubtlessly be very successful. Or has somebody already done it?

Is it Stefano Boeri´s architecture where vegetation is more important than architectural volumes?

Or is it Nacho Carbonell who expresses something of this new?

Or is it Gucci’s Alessandro Michele?

What do you think? What will define the aesthetic of the future? Now that beauty is finally returning.