Home » The Editor » On Creativity 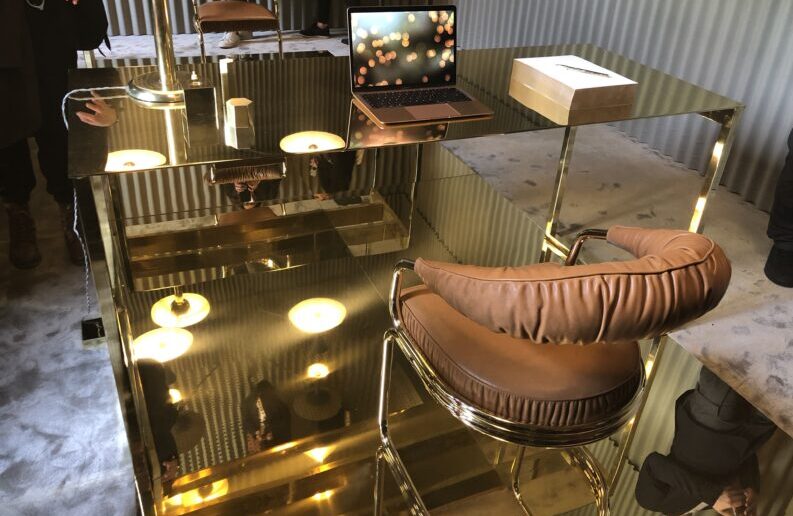 Are you creative? Probably not. True creativity is rare, most surveys of creativity show this, but that is not something you need to lament.

Yesterday I met one of the people behind Justin Bieber. A cog in the great machinery that makes everything function for a megastar. I asked if Justin is creative? Answer: what do you mean, he makes a hundred million dollars a year?! I claimed his response didn’t answer my question, but to no avail. This “who cares”-attitude is significant. The road to and process involved in success is irrelevant since only the goal and measurable results are of interest. For this reason few people seem to care about the creativity that makes music possible. But one thing is certain, without the presence of creativity somewhere in the process surrounding Bieber this money-man would have been out of a job.

Creativity is the ability to create novelties that are useful. Novelty in this case is connected to originality, i.e. something that few or preferably no people have thought of before. But that is not enough. If you’re skilled at developing completely irrelevant ideas you’re unfortunately not creative. Then you’re just a poseur who wants to be special. True creativity requires that your idea is also useful.

The combination of novelty + usefulness is what is required for our creative thinking. If you’re also good at rapidly creating ideas that are new and useful you possess a high degree of what is known as fluid creativity. People who create highly original ideas possess high levels of what is known as original creativity. The very few people who create novelties that are very original and usable and at a high pace are usually called geniuses. Think Johann Sebastian Bach, Hilma af Klint or Nicolai Tesla, all able to produce completely novel and relevant at a very high pace.

If you’re not creative you should be happy.

Geniuses might as well be called pioneers. These geniuses/pioneers are for very rare occurrences. In the few quantitative studies made on this small group of people they are often revealed to have exceptionally high intelligence. The intelligence research specialists who estimate Mozart’s intelligence at over 150 may be right.

But how can you know if you’re creative? The most common test is the Torrance Test of Creative Thinking (TTCT) which is based on images and how you can transform these with a few lines of a pen. There is also a verbal section to the test. The word test, at its most simple, can be for instance how many words beginning with S that you can think of. These words beginning with S are then ranked based on how rare your choices are and the number of words you have found. People who are really skilled at this can find 17 very unique words in 3 minutes. Here it can be beneficial to know a word like syzygy (a pair of connected or corresponding things, usually opposites) since rare words are considered more original according to the TTCT-method. After this most simple step in the test process you will be asked to use the unique words you listed to create a story.

Being able to think creatively is however not enough. The final test is to ascertain if you have created something with creative value. This test measures what the person being tested has achieved in 11 separate areas, ranging from music, dance and art to inventions and research.

A rather uncreative model of creativity

I would like to describe four cubes, representing four different kinds of creativity. I place these cubes in a 2×2 matrix to illustrate the ratios.

We can add another relevant and important dimension to my model, namely speed. 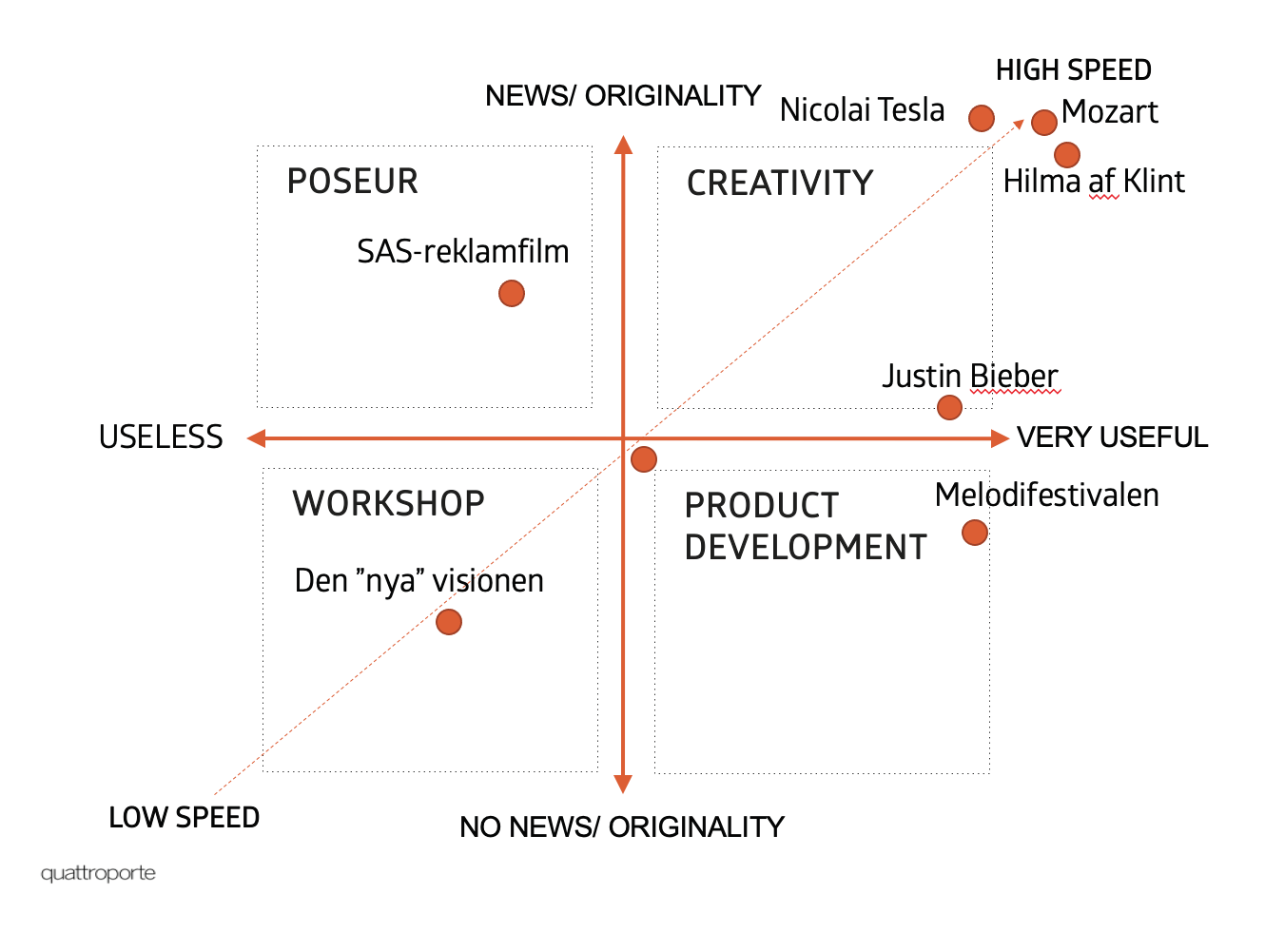 In the top corner we find the ideas that have a high level of novelty, usefulness and speed. Several great pioneers, those who some refer to as geniuses can be found here. Places in the graph are based on general judgements, my own subjectivity and can of course be adjusted.

How do you find inspiration?

Johannes Brahms, the great classical composer, said that when he was truly inspired the entire work came to him at once. In all its parts. To reach this state he had to enter a semi-trance. A state where the conscious mind is temporarily dormant and the subconscious takes control. Brahms felt that inspiration comes from the subconscious. At the same time he was adamant that inspiration and creativity is not enough. It has to be combined with deep insight into composition, form, theory, harmonics, counterpoint and instrumentation. He contended that his compositions were not the fruit solely of inspiration but also serious, industrious and demanding work. The latter speaks to the need for hard work and stamina where the first 10 000 hours can be considered a good start.

Creative people are very rare. This means that you, the reader of this text, probably have low creativity. If you’re not creative you should be happy. The you’re probably more successful, less anxious and more content with your life. People in high leadership positions are usually very rarely creative. The exception being successful entrepreneurs. But if you want to make sure you can take a test.

If you are truly creative you are definitely aware of this. You have probably achieved a creative output that has garnered the attention of those around you, but you rarely feel content since you are forced to make a living by some other means. Like a tree that bears secret fruit. At the same time there is no feeling more wonderful than when you are creating something, when you are fulfilling the meaning of your life.