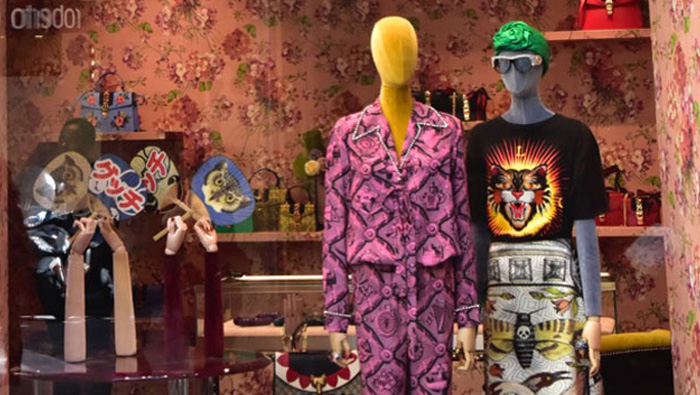 One year ago, Quattroporte performed a Big Data analysis of H&M’s stock price in relation to Inditex/Zara. We then realized that there were completely different driving forces being behind this one, than those usually indicated when stock slumps. H&M lost one valuable year, in booming, while focusing on the wrong things. Next year might be the big company’s last chance to reverse the negative trend. If not, H&M may become a new Ericsson.

Why does H&M decline on the stockmarket?

Today there’s a genuine feeling of big surprise among analysts and public, over the fact that one of Sweden’s most common stock options, lost so much in value, in such a short amount of time. One analysis in our AI-system Q-Ball, including more than 200 million web pages and over 3 billion posts in social media, a distinct pattern is revealed. Quattroporte can relatively easy analyze the relationship and the driving forces of a company’s ups and downs on the stock market, both historical and more short-term.

The slump happened mainly because H&M is no longer perceived as cool. The lack of coolness includes everything the brand stands for, as for example boutiques (both physical and online), fashion index and communication. If the company is not perceived as a cool fashion company, it will automatically decline. Quattroporte has analyzed almost 100 relevant and multi dimensional KPI:s, relating them both to H&M’s and Inditex:s development on the stock exchange. The strongest explanatory value is the KPI called Coolness. It may sound as a flat analysis.

Many experts consider the H&M-“problem” as a just a too weak on-line platform. Our big data analysis clearly points in one direction and makes us confident enough to argue that a new on-line platform, without strengthening the reliability as a trustworthy fashion player, will be inefficient in general.

Well then, what can H&M do in order to reverse the trend and recompose its trustworthiness? There is no more time to waste; it is getting urgent. Let us suggest three strategies:

Realize that the amount of fashion garment is huge nowadays, although very little of it affects anyone in any way. This implies that H&M needs to be bold and daring and turn anti-trend. Furthermore try to break prevalent norms, develop competence and values rewarding this type of risk taking.
Change the management structure. Admit people with genuine fashion credibility and appoint people with legitimate experience from retail for top positions and management.
Cooperate with successful on-line retail actors, as for example Amazon. There is really no time to create a fantastic on-line retail offer from scratch right now.

There are some positive signs. H&M has, for example, initiated some cooperation with digital influencers in order to strengthen the brand. Some recent campaigns feel significantly fresh than we have seen in a long time. The company has also expressed some interest in speeding up the development of its on-line retail. Unfortunately this will not be enough by far, and it is more of a dutiful development while under the gallows. If the fundamental problem is not seriously attacked, it will all be a superficial “make over” betrayed by a highly authenticity aware generation. In fact, this kind of remake will only add fuel to the fire.

The really distressing part in this context is that we recently experienced exactly the same story with Ericsson. The fundamental problems Ericsson had, are totally repeating themselves in H&M. One may refer to self-sufficiency and lack of responsiveness. At Ericsson it was all about a virulent workplace culture of engineers, refusing to realize that technological leadership is worthless unless you cannot package it in a fruitful way. H&M implicates a strong Swedish consensus- and trader culture, developed into a global trader culture. Underway, H&M unfortunately lost its relevance as a trustworthy fashion player. The special magic and the particular feeling once present is crushed up

A good friend of mine, a world leading innovator and designer in the fashion industry, once told me that when meeting some leading predecessors of H&M, they reacted with ignorance and bemusement as my friend tried to have a conversation about the fashion industry. My friend despondently left the meeting and now works in a top position of a premium fashion brand. What they discussed at the meeting? Well…Future of Fashion, obviously something the H&M people were not able to decompile.

Please note that the photo is not H&M. It is Gucci. A fashion company that succeded in turning a negative development into success.