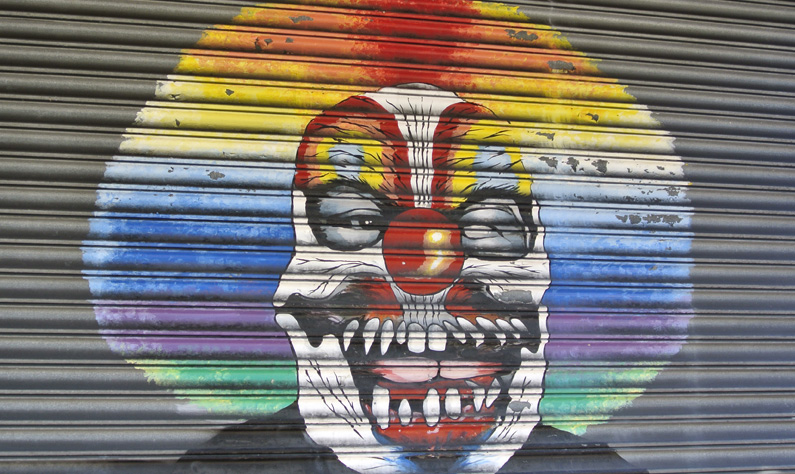 The format of writing known as the essay is a genre of its own, separate from, for example, the scientific treatise or the research paper. The essay presents the author with the exercise of nailing down a theme. Sometimes this leads to detours into logical cul-de-sacs, sometimes it results in giant leaps in an argument. It is rarely unequivocal, unchallengeable or without objections. The essay demands a lot from its reader, both forgiveness and reflection; both being able to zoom out and zoom in.

This is a long essay in four parts with the title ”Capitalism and the wicked problems”. It sounds like the title of a fairy tale, but the text is a reflection based on the observation that the capitalist system, for the first time, is the dominant economic system, globally. What does this responsibility entail, not least for capitalisms perhaps premier institution: ownership?

Part one (”from licence to operate to ability to solve”) is about how the capitalist institutions have always lived in symbiosis with other institutions. Capitalism has been able to focus on creating profits for its owners, and doing this by focusing on a selection of problems that have solvable using industrial methods. Will the system shoulder a greater responsibility now that other systems are faltering?

In part two (”what we can’t measure, we shouldn’t do”) the difference between tame and evil problems are described. The type of problem solving that has been honed during the past hundred odd years is less successful at solving what we can call wicked problems – and these are becoming more numerous. Can the ruling view on how to solve problems be amended?

The third part (”to be legitimate – again”) deals with the legitimacy crisis of capitalism during the 1960s and how the system faces a corresponding situation today. The system successfully redefined itself and it’s role on this occasion – will it succeed with this once again?

The closing part (”third generation business critical”) is about how companies and institutions are expected to take responsibility for many of the evil problems that we encounter in many areas: climate, social injustice, economic disparity and so on. The pressure to change as well as the direction of change is there; what is often lacking is the capacity for change and this requires a reckoning, in particular, with the preconceptions, leadership and structures from earlier generations of capitalism. Will this happen and, if so, what will be the driving force?

CAPITALISM AND THE WICKED PROBLEMS

PART III: TO BE LEGITIMATE – AGAIN

Firstly: Whether you are running an international company or a national administration, to succeed in the arena of public opinion your organisation must stand for values that the public respects, even if you don’t necessarily agree with them.

Secondly: If your brand, your organisation and business are under attack, the values your organization stands for must be perceived as “the right values” and be seen as being in tune with the surrounding society.

Thirdly: When society’s values change, your business needs to follow – no company or organisation can survive for a prolonged period of time if they are considered to be apart from the basic values of the society that they are active in.

These three statements have been adapted from the three propositions of Craig Fuller, once the advisor to the presidents Ronald Reagan and George W Bush, and later, among other things, the head of communication at Philip Morris (yes, exactly, the company that makes cigarettes; which gives a certain twist to his statements). [20]

He is speaking of legitimacy.

And during a few of the last decades of the 20th century legitimacy became a central issue for the capitalist system.

Sometimes distinctions are made between practical, cognitive and moral legitimacy and capitalism had none of these, really [21]. That the capitalist system does not strive for the greater good (practical legitimacy) is clear from, for example, the Swedish Companies Act that stipulates that a company should enrich its owners, period. Closed boardrooms and a lack of transparency does nothing to improve legitimacy, the kind called cognitive legitimacy. Regarding moral legitimacy (That pertains to an institutions legitimacy through being regarded as ”being right” through the consequences of it’s actions, the processes and structures it employs or the people who participate), capitalism to a large extent is lacking in this as well.

By way of defence, legitimacy did not become a priority issue until the 1960s. During the period after the second world war the issue was producing goods to meet the demands of an apparently insatiable market. Based on ideas from early industrialism an industrial leadership focused on creating effective organisations and production systems. The challenge was getting the products out quickly and at a low cost. Marketing was literally about ”getting the merchandise to the market” and the customer was essentially a passive receiver or user, not even identifiable as a separate individual but only as a part of an agglomerate, a ”market” [22].

In the 1960s this changed. Efficiency and productivity were still central, but to avoid being ensnared by regulations and legislation the business world, like capitalisms perhaps most central institution “ownership” had to create legitimacy for its operations, its results and the distribution of said results.

The road to legitimacy went via communication. Representatives for businesses and owners had to become better at communicating what they were doing, what they stood for and how they contributed to society. Industrial leadership was complemented by a communicative leadership.

The term communicative leadership is actually a child of the first years of the 21st century, when leaders of companies like Icon Medialab and Framfab had to explain what kind of companies they really were. It was (not only for these companies in this so called ”new economy”) an even greater challenge for corporate leaders – and in part board chairmen – than those faced during the previous decades. Then it was ”enough” to perform well in media contacts, morning show sofas, weekend-supplements and so on, and on stage at internal ”kick-offs” or client meetings. In the new economy being communicative was elevated to being a crucial quality in an executives profile, and an entire business – PR – was built to educate, train and advise.

But even before communicative leadership received its name, businesses and organisations realised the need for listening. This became another ability that characterised the 1990s. One listened, primarily to ones customers. From being a part of a grey mass the individual came into focus, now the lone individual’s needs and interests, often under the banner “customer-oriented”, became interesting. Here business was not seen as a flow of materials where value is added until the product reaches the consumer, instead the deal begins with the customer (their needs, desires and demands) that then ”flow” into the company. This is a perspective that moves from the outside to the inside and where the customer is not a ”businesses outlet” but its information source [23].  At the same time the customer was still a free flowing entity, viewed without context, and without more intricate needs, interests or dreams.

Torbjörn Elensky has pointed to the Sony Walkman (in other words the portable cassette player with headphones, and its successors, ranging from portable CD-players to the smart phones of today) as a clear example of product development based on the customer, disconnected from context and as such capable of fully, and without other considerations, focusing on a single need [24].

A, more or less, consistently implemented customer perspective and a communicatively skilled leadership meant that businesses and owners could approach the turn of the millennium with confidence. Business was good – there was, however, the off-chance of a computer bug causing some trouble.

Then along came Greta and Fridays for Future.

Greta also has a back-story. And from the perspective of companies and organisations, owners and leaders it is about not listening – or listening to the wrong things.

During the decades after the turn of the millennium the aspiration for efficiency, the need to listen and the burgeoning digitisation (that fundamentally changed the terms both for efficiency and how a business receives information from its customers) converged in new business models, not uncommonly the kind where the customer assumes the role of a co-producer of the product or service. The objective was still creating models that led to strong ”market positions”, ”dominance” over market areas or niches, to be ”profiled” and ”attractive”. Strategies were still expressed in thought patterns that likened business to war, where adversaries (other companies; other owners) are defeated, dominated or neutralised.

But as companies and organisations fought for simplicity, visibility, focus and structure, the complexity and multi-dimensionality of the surrounding environment was increasing. It is here – in life – that we are concerned about environmental and sustainability issues, it is here that we ponder injustices and inequalities. It is here that we, with concern, look upon the developments in many areas and it is here that we define ourselves in relation to others. It is here too that we – but perhaps to a lesser extent – are customer and consumer. But also potential sources of new solutions and co-producers both in old and new contexts.

Today we see many examples of how individuals allow complexity and multi-dimensionality to assert themselves in their choices of consumption; where self-interest is combined with a societal responsibility and societal benefits. This, in turn, must be mirrored in the strategic paradigms that companies and organisations, both private and public, use. This is a view of the customer that acknowledges that he/she is not a one dimensional and passive user, but acts as a developer, co-producer, participant, influencer and many other roles as well in a multi-dimensional context when goods and services are being bought and consumed.

Peter Majanen of Quattroporte described this as us, as people, making a ”360-asssessment” of the people we choose to relate to; as customer, employee, owner or something else.

And if you can not handle this assessment, neither communicative leadership nor industrial efficiency will provide you with legitimacy.

Greta and her colleagues, both previous and current, continuously add questions to this evaluation: What are you doing to combat climate change? How do you handle issues of equality? How do you protect personal integrity? How do you invest in essential technology and innovations that make the world a better place? How do you solve specific problems regarding water supply, energy, bio-diversity? How are you contributing to the solution of societal problems like lacking integration, social alienation, increasing economic disparity? How do you work towards peace and prosperity? How are you countering the negative effects of globalisation?

And what responsibility does capitalism and its primary institution, the owners, have in solving this?

Therein lies the answer to the question of legitimacy, the one first asked in the 1960s and that is now being asked again. That time capitalism managed to (albeit with varying degrees of success) mobilise and survive. Will it succeed again?

[20] Fuller, C. (1993) Public Affairs and the Competitive Edge, New York. The Conference Board

Writes about politics and society.