Home » About us » Our team » Ronald Jones 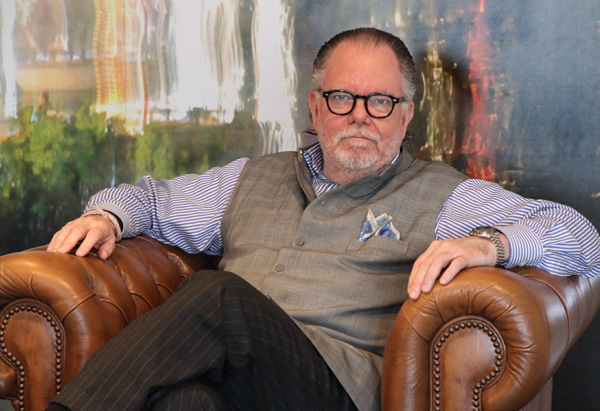 Ronald Jones is on the faculty of the Graduate School of Design, Harvard University. He is a member of the Nobel Foundation’s Science and Humanities Program Committee.  He is a member of the Board for Change Lab, the d. School, Stanford University. He also serves as an External Examiner at the Royal College of Art, London. As a participant with NASA’s Lunar Reconnaissance Orbiter Camera investigation, he assesses the significance and value of Exploration and its visual representation within a broad historical context. He writes regularly forArtforum, frieze and numbers of other cultural journals and magazines.  An artist and critic, he is represented by Metro Pictures and the Sonnabend Gallery in New York City. A retrospective of his work is being organized by the Grazer Kunstverein, which will open in 2014.

Forming and leading interdisciplinary research teams committed to unraveling wicked, real-world problems by designing and implementing alternatives, even solutions, which were otherwise unforeseen.

Performing levitation magic tricks with puppies that leave six year olds in awe, some even baffled, most uncomprehending.

Where are the ethical parameters once you begin to design the methods and means for persuading people to change their behavior or attitudes?  Can you change their values?  After all, identifying trends is crucial of course, but is it really the essential value of future forecasting?  Or is the core value the consequences that unfold when we design the means to encourage advantageous and strategic trends to take hold as values across the culture, while dampening those, which appear counterproductive over the long-term? What do I mean by this?  Well, what happens when the methods of Captology are not limited to persuasive technology?  Or the flip-side of that question: How reliable are hunches?  Could they be as instinctual as they are reliable when it comes to describing future scenarios?

2014
– Appointed to the faculty of the Graduate School of Design, Harvard University.
– Joins Quattroporte as Senior Advisor.
– Appointed External Examiner at the Royal College of Art, London.
– Joins the Board for Change Lab, the d. School, Stanford University.

2013
Appointed to the Nobel Foundation’s Science and Humanities Program Committee.

2012
Co-curated, with Daniel Birnbaum, “He Was Wrong,” an exhibition featuring Marcel Duchamp and Pablo Picasso at Moderna Museet, Stockholm.

2009
Played the role of Timothy Dalton in the film Guidance, directed by Johan Jonason.

2006
– Think Tank India Co-Founded with Shilpa Das, Shashank Mehta and Peter Majanen, the National Institute of Design, India and Stockholm School of Entrepreneurship annual Think Tank for Future Forecasting in India, where we examined the future of topics as diverse as Education, Urban Living, Talent, and Death.

2002
– As a member of the Visiting Faculty at the Staatliche Hochschule für Bildende Künste, Städelschule Frankfurt, worked with an international team to initiate an interdisciplinary educational curriculum for university art students in Pristina, Kosovo.

– Awarded certificate from the Harvard School of Education.

1999
The premier of Falling and Waving co-commissioned by the Brooklyn Academy of Music and Arts at St. Ann’s, Brooklyn, New York, concept, libretto and set design by Ronald Jones, music by David Lang, music direction by George Steel, direction by Jay Schieb.

1994
Invited to join the think tank at the Woodrow Wilson School of Public and International Affairs, Princeton University.

1981
Received the Ph.D. in Interdisciplinary Studies.

Can you describe some important (life changing) experiences that you have had?

Listening to and working with mental patients in Greece to design a garden for the grounds of their hospital, helping my students at Yale grasp the future of the culture they imagined, and would go on to create, listening to Hospice patients describe how they would like to live their last weeks of life and enabling them to embrace their final wishes, listening to students and faculty in Kosovo describe how they would like to restart their university, and then helping them initiate their plan, fundamentally changing the future of their culture and by extension our own, and then, helping…