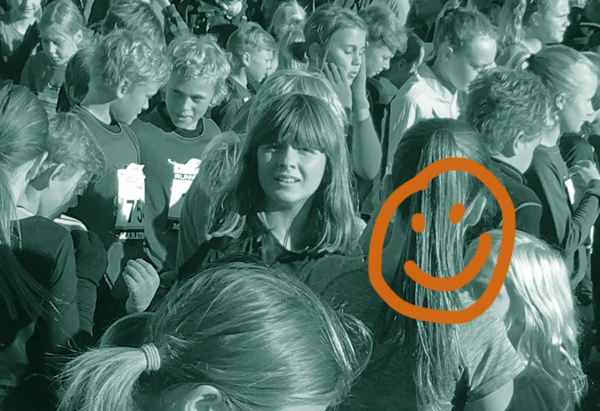 They go by many names 00-ists, noughties or Late-Millennials. They were born after the year 2000 and they will dominate our world in the forties, fifties and sixties.

Quattroporte has studied those born in the eighties extensively during the years, conducted countless studies of those born in the nineties and of course we could not avoid looking at those born in the noughties. We had our first encounter with them four years ago. It was exciting, so now we have done it again, we asked them how they view the world around them, what values will they take with them into the future and how would they prefer to live their lives? Regardless of their answers we can be sure that those born during the noughties will be the dominant generation in the middle of our current century.

So, down to business: What are the characteristics of those born in the noughties? What part of them will live on and influence things during the forties, fifties and sixties? In this article Quattroporte will share a selection of the trends we noted in our conversations with these amazing children. This time the focus of the study was food and the client was ICA. Earlier studies that we have performed with this group and those born a decade earlier have been made on our own initiative.

Humanism returns as a dominating force

The group has clear humanist values and desire to live a good life in a solidaric society. Their love for their fellow man is one of the things that make those born in the noughties special. That humans aren’t perfect, make mistakes and sometimes are less efficient are all human traits that the group find important and valuable. Trepidation at machines and robots taking over more and more aspects of society is obvious. Machines represent the perfect, boring and to some extent less valuable. They are afraid that in the quest for efficiency robots will take over more and more societal activities. They feel that we need to safeguard that which is profoundly human or it will become endangered.

Those born in the nineties were more prone to change and optimism with regards to technology than this current group who feel that we need to safeguard that which is profoundly human or it will become endangered. The children also see the need for a more beautiful society, with architecture that turns its’ back on minimalism and functionalism. Their ideals are closer to the extravagance of the enlightenment. Perhaps art and culture will be allowed to have a greater place in their aesthetically perfect world?

The children are obvious individualists but display stronger collective trends than the previous generation. Family, friends, the neighbourhood and Sweden are what they feel most connected to, not the world at large.

The return of Patriotism

They love what is Swedish. Where those born in the nineties were internationalists that often saw a future for themselves abroad, the dreams of those born in the noughties are often connected to their home country of Sweden. This is where they want to live and work. Even if their love for the country is great there is a positive image of the world at large. They draw a lot of inspiration from the rest of the world but for the most part Sweden is the best country in the world.

The return of Socialism and Liberalism

Those born in the noughties seem to be returning to tried and true political ideologies. The liberal sentiment is very strong. The children want everyone to be able to be who they are and that everyone should be allowed to succeed in their own way. But the focus on the vulnerable and a powerful welfare state don’t exactly hint at neo-liberalism. They feel there should be the opportunity to become rich through hard work, but that no-one should need to be poor. A sentiment that can be viewed as desirable but impossible in a naïve way, but don’t forget that we have a history of prematurely laughing at the ideas of new generations.

Given the intense debate concerning climate threats, environmental destruction and the need for a more sustainable lifestyle it might be considered odd that this group wants to continue the consumption patterns of today. They want the best, they love luxury and prefer comfort. They feel the solution to environmental problems lie in innovation, where products can be fantastic and environmentally friendly at the same time. They consider this to be the responsibility of the producers. The consumer should be freed from environmental responsibility.

What are the consequences?

The values and societal views of this group will begin to impact us soon. Long before the forties, fifties and sixties. Art and design will be the earliest indicators of this kind of trend. As usual. Perhaps their hunger for beauty will be allowed to take up more space soon.

Politics will be affected when the children start to vote, as early as next year, and we think we will see an increased focus on our own country and far fewer supranational structures. Naturally this will be bad for the most federalist proponents within the EU. At the same time there is in this group an openness and exciting curiosity towards the world so it is likely that free trade will remain. How else will we have access to the finest fashion, the best cuisine and the most fantastic experiences?

Yes, of course those born in the noughties are different from those born in the nineties and eighties when they were the same age. Our experience tells us that they will retain their ”core” until they reach adulthood. New research also shows that values are cemented far more early than previously thought.

In short: the world will be filled with more humanism in the future and if that is the result of the much maligned super-cosseting of the dreamers of the future maybe that is a small price to pay?