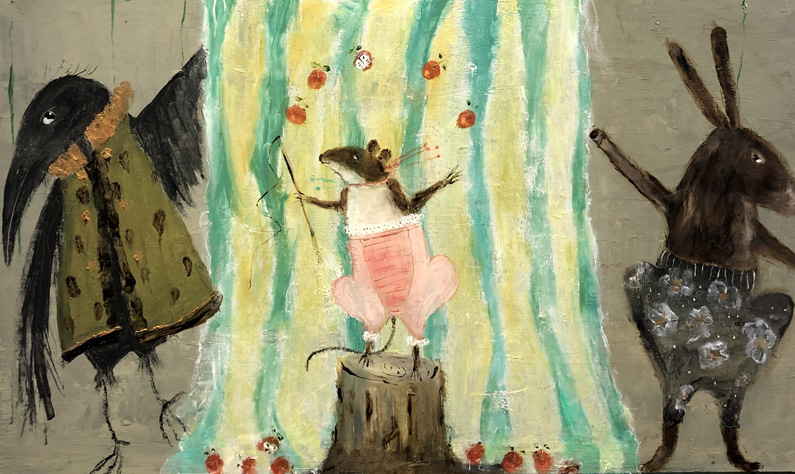 One way to look at democracy is to view it as a system of conflict resolution, where the will of the many should outweigh the will of the few and where the many and the few are determined through votes. In many cases the most important vote is the one that democracy uses to elect its leaders. We call it an election. Maybe you could use trial by combat instead.

Presidential elections in the USA are often likened to boxing matches; even though the pugilists represent a set of ideas, during the months of the campaign they are primarily fighters, embroiled in a struggle of epic proportions. We get to learn everything about them, their personal relationships, their virtues and their shortcomings.

In this month’s presidential election Joe Biden and Donald Trump squared off. At the time of writing this there has been declared a winner, but neither candidate has accepted defeat. They also appear to come from two different beliefs with regard to the election itself. Joe Biden could be likened to a boxer (at least metaphorically), while Donald Trump has a real (mainly business) background in wrestling. Perhaps the world’s consternation over what has unfolded can be attributed to this. To delve deeper into this reasoning, I will be drawing on Roland Barthes’ essay on American wrestling from the 1957 collection ”Mythologies”.

Myths are a language, says Barthes. Donald Trump’s experience in wrestling makes him well acquainted with the mythological character of wrestling and by way of this the language of wrestling (I want to point out that I will use the word wrestling throughout this text in the context of professional wrestling, not the kind you would expect to see at the Olympics, that is something completely different).

American wrestling, that we are dealing with here, represents a mythological struggle between good and evil, according to Barthes. But above all wrestling is about portraying a pure moral concept: justice. The founding idea that one should ”pay” for what one has done. This is by no means an unproblematic view since the justice that is demanded in the ring does not relate objectively to what has happened previously (outside the ring) or what may happen after the contest itself, as a consequence. It is a justice of the present, and therefore without reflection and anti-intellectual. In a wrestling match, according to Barthes,” each moment has its own importance and is unconnected to what has happened before and the passage of time”.

The problem for the boxer and his audience is that in ”the noble art of boxing” the match is a narrative created by the fighters, the referee and the audience over the course of fifteen rounds. It moves back and forth displaying the fighters differing levels of ability. As Barthes writes, wagering on the outcome of a boxing match is possible, in wrestling on the other hand betting is difficult. In fact, a wrestling match that followed a set of predetermined rules (i.e. what the boxing referee calls for when telling the fighters to engage in: ”a fair fight”), would lead to the loss of its character of spectacle and instead be shaped into a sport, like judo – or for that matter boxing, continues Barthes.

A spectacle abandons all motives and consequences and what matters is what the audience sees, not what it thinks.

Many of the mythological devices in both boxing and wrestling are recognisable in what has transpired during this election: attacks, lies, pleadings to play by the rules, demonstrating supporters and so on. You can also find roots stretching into other myths: In the current exhibition about Arcadia at Nationalmuseum there is a comparison of Apollo and Dionysus (Bacchus). Apollo is the orderly one, the one who follows the rules, the rational and logical thinker, the one who predicts consequences and coolly weighs possibilities against each other. Apollo as an aesthetic and also ethical ideal. This is the boxer. (By the way, Apollo was the name of one of the boxers in the Rocky movies). This is Joe Biden.

Dionysus is the erratic one, the one who doesn’t abide by deals unless it suits him, the one who caters to himself first and foremost and generally disregards the consequences of his actions. Dionysus hosts spectacular parties, supplies spectacle and entertainment. His language is emotional and in the ring, he lives for the moment and lets the future take care of itself. Dionysus has (imaginary or real) goat’s hoofs, a tail and horns, thinning hair and is somewhat overweight (wrestling-afficionados will remember the icon Ben ”The Hulk” Hogan). He surrounds himself with a morally questionable entourage (consider the Bacchii Order in Fredmans Epistlar; drunks – but not without a certain charm). This is the American wrestler.

But even the wrestling star – like Donald Trump – must understand certain basic rules. For example, according to Barthes, the audience want to see the image of passion, but not true passion. The passion in wrestling is an act. The audience knows this and questions of what is true and what is false are as absent in wrestling as they are in the theatre. At the same time there is transparency: when one of the combatants causes the other great pain this has to happen in public, overtly and with emphasis, so that the audience not only sees that the opponent suffering but also understands why he is suffering. Whether this presentation of pain is planned in advance (i.e. if the match is rigged) is of no consequence to the audience. ”A spectacle abandons all motives and consequences and what matters is what the audience sees, not what it thinks”, writes Barthes. A good wrestler can annoy or instil disgust, but he will not disappoint, he will give the audience exactly what they expect of him. In return a good match can conclude in a charivari, i.e. a raucous noise from the spectators, whistling, shouting and banging pots and pans (hopefully metaphorically). This signals a break-down of what few rules wrestling has, the limitations of the arena and the referee’s attempts at intervention in the fight. All is swept away in what Barthes calls ”triumphant disorder!”

Roland Barthes research into the mythological qualities of American wrestling, serves well an interpretational matrix for viewing what has happened in the American presidential election of 2020.

Those who view the election as a boxing match are upset by the foul play, the sucker punches, the lack of consequences and the ever-present lies and attacks. And those who view the democratic institution – the general election – as a wrestling match are astonished by the expectations of ”fair play”, obeying the rules, and the demand for temperance. ”This is American Wrestling, the Greatest Show on Earth!”

Those who view the selection of a leader as the finest and most important moment in democracy, may just be disappointed.