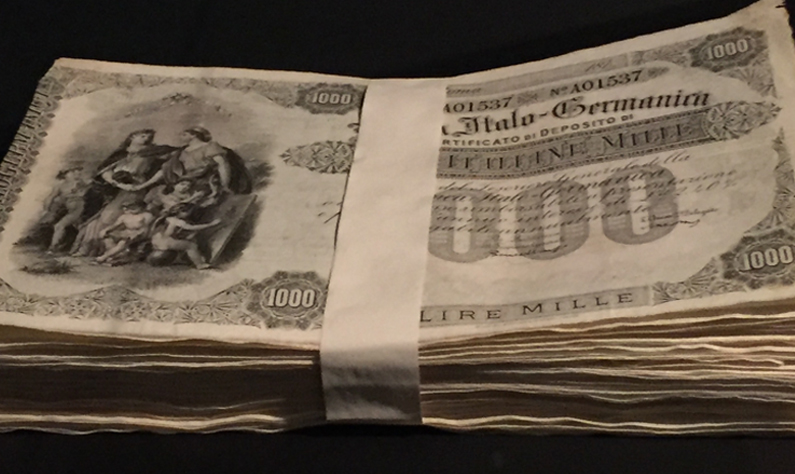 ”Från licence to operate till abiltity to solve”

CAPITALISM AND THE WICKED PROBLEMS

The challenge that the capitalist system and its institutions is now faced with can be likened to structures, leaderships and businesses being of different generations.

Despite the seemingly exponential growth of ideas concerning organisation and organising (particularly fuelled by consultancies) many businesses are still working on their first generation structures. These are organisations based on industrial principles of the previous century regarding simplicity, functionality, delineation, rationality, one-dimensionality and not least measurability.

A few decades ago the need for legitimacy in an increasingly globalised economy drove the development of second generation leadership. This meant complementing the focus on efficiency (an industrial leadership) with an equally important focus on communicating to different players why the business exists, what it does and how it is governed and run. A communicative and dialogue oriented leadership can therefore be said to constitute a second generation leadership, with demands for new skills, abilities and ”personalities” of those chosen to lead businesses. When we see corporate leaders and owners at press junkets, in debates and in the media we understand that this still is a role model for leadership, particularly the strong symbiosis with the media contributes to this.

When we entered a new digitised and globalised world the view of the customer also had to change. Business models evolved during the previous century from viewing the consumer as an anonymous receiver to being an important  – but one-dimensional – source of information and in part co-producer. Today increasing numbers of companies view the customer as someone who acts on a far more multi-dimensional and complex matrix of evaluation. In this third generation business, equal weight must be attached to what is offered in the form of services and products and how these are produced, since the decisions of customers (and, also, other interested parties) are partly influenced by this.

So the challenge is simply this:

Can we count on the capitalist system, now the dominant economic system in the world, to solve this equation? We will hold on the answer.

Instead we will begin with the Christmas present of the year for 2018. The minds behind this are The Institute of Retail Economics (HUI) and the criteria are that the chosen product in some way represents the present, is interesting and relevant to many people as well as having the potential to sell in great volumes and/or great monetary value during the holiday season. For Christmas 2018 HUI chose ”the recycled garment” as the Christmas present of the year. In their motivation they clarify that this product mirrors consumers increasing trepidation and interest in the climate and the environment. The recycled garment captures the spirit of a time where technology, business models and consumer demands together are driving the textile business towards sustainable products for sustainable consumption. Ethics and environment have become long-term means of competition!

Thus the disused jacket, the used mittens and that old (but untorn and clean) winter coat joins previous winner of the award like the baking machine, the electric bicycle, the internet-subscription and the Stenmark hat.

In their motivation special emphasis is placed on the fact that not only is the recycled garment good for the environment, climate and resource usage, it is also the basis of new business ideas, business plans and ways to make money.

Another example: State-owned Samhall has, for several years now, handed out the Visa Vägen-award. It is given to businesses that have found models, methods and ways of operating that can serve as a model to others with regards to integrating people who are differently abled in the labour market.

Every year hundreds of businesses are nominated for the award. Many have made incredible contributions, from establishing forward looking policies and goals to working with everyday adaptation of the work place, redefining work content based on differing conditions, prioritising leadership resources and working with internal cultures and attitudes within the company.

The winners of the award have often done a lot of these things, but for many of them the motives have not primarily been to create better conditions for those who are differently abled. Remarkably often the motivation has instead been ”it will mean better business for us”. Companies state that individuals with unusual abilities have been found in this segment of the workforce. These abilities could be exactitude, stamina, precision or other competences that in certain situations (advanced assembly, programming, picking and sorting and others) are absolutely essential.

These two examples both illustrate the same thing in different ways: when we are trying to solve issues that are critical to our business (getting access to a profitable market, building an effective production apparatus and so on), we will have to relate to problems and challenges in society. And sometimes the solution to a societal problem is at the very core of our business. To the extent that we define, for example, labour force and competency as business critical, we also need to contemplate efforts in the fields of equality, integration and competency development. The solution we choose can also contribute to the solution of these issues from a societal perspective. When this is introduced into the capitalist narrative – not as an excuse to but as a reason – to get to do business, there will be strong motives to move on from the organisation and leadership of previous generations.

Partly, this is happening.

The pressure to change and the direction of change with regards to contributing to the solution of society’s wicked problems as a part of future business is already present to a great extent in many organisations, though not all. Environmental scanning clearly makes the case for a need for change and adaptation, the itinerary laid out in strategic documents. Et cetera.

With regards to the capacity to change we have done rather little. In part this is about how we move organisational structures and leadership into the future, thereby complementing industrial competency in these areas, the competency that has so successfully created growth and prosperity. But it is also about the structures that surround the capitalist system and, in particular, the institution of ownership.

As long as the business of capitalism is only to enrich its owners there will remain institutional hurdles to freeing the capacity for change that is required. This is why this statement from Business Round Table in the USA from august 2019 is so revolutionary. It goes, somewhat abridged, like this:

”While each of our individual companies serves its own corporate purpose, we share a fundamental commitment to all of our stakeholders. We commit to:

Approximately 200 chairmen and CEO:s of American businesses (like IBM, 3M, the big banks etcetera) were signatories. The statement drew a lot of ire among investors since it so clearly placed owners on the same level as other players – not above them. But by backing these commitments they began to, in the nation that many view as the most capitalist, question some of the fundamental notions of capitalism.

But can we trust capitalism? This is a business critical issue for the owners!

[28] The 2019 Nobel laureate in economics, Robert J. Schiller, has written about the importance of the narrative and claims that it plays a significant role in the economic decisions of individuals, organisations and states (he defines narrative economics as ”the study of popular stories that are economically relevant, that have a moral, that are a lesson that people will take heed of in their economic decisions.”; interview in Time Magazine, 1 November, 2019; see also Schiller, R.J. (2017) Narrative Economics, Cowles Foundation Discussion Paper no. 2069, Yale University

Writes about politics and society.