Home » About us » Our team » Benny Löfgren 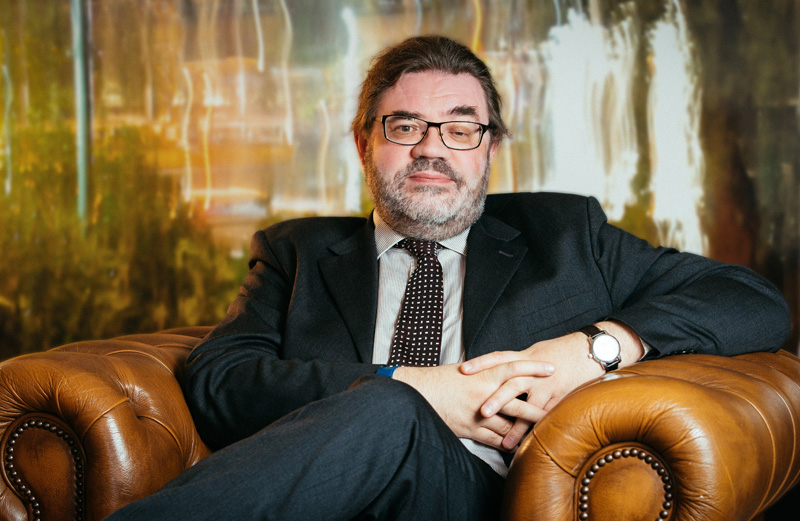 Place of birth: In Gävle by parents from the north of Sweden. Grew up in Täby, north of Stockholm
Astrological sign: Capricorn

Benny grew up in a family of entrepreneurs and learned early on to appreciate the importance of small businesses in society. Early on he discovered computers and IT, and subsequently made system development and IT consultancy a career.

On his spare time Benny often travels to all corners of the world like an overage backpacker, learns even more about obscure world history, watching movies which is a great interest of his, visiting aviation shows and other aviation related places and events, drinking something other than beer with friends or collects and have the ambition to restore vintage computers (aka “old junk”).

In his disposition, Benny is equipped with a sharp intellect and a quick wit, and to counter that a sense of humour of a kind very rarely observed outside the realm of dad jokes and punny (puny, rather) word play, which often causes consternation and is detrimental to the health of those colleagues, friends or acquaintances who happen to be within hearing range.

Computers and IT. My first and biggest nerdy subject.
Aviation. I am an aviation nerd of some note, who unfortunately have far too few flight hours in my log book. My second nerdy subject.
History, both general and with emphasis on military history in the time frame between the inter-war years and the end of the Cold War. My third nerdy subject.
Mercury, Gemini and Apollo. Three space programs that changed the world, and to this day humanity’s without question biggest journeys of exploration. My fourth nerdy subject.
Wine, women and song. If you exclude the wine. And the song.

THREE QUESTIONS:
Events that have been important to you?

Despite my interest in human history, events in the past doesn’t mean anything. The present is what matters.
But if I have to mention a couple of events, one has to be the moon landings of 1969-1972, and the space race that preceded them. They didn’t affect me that much then – I was too young – but have had a major impact on me since.

The second is when I got to know my first computer in 1977, at the age of eleven. I was completely absorbed by it, and more or less went underground for six years before re-emerging again at the age of 17, only to immediately quit high school because it no longer gave me anything, at the same time as I converted a summer job into my first real employment as a programmer. That computer gave me a career and a technological leap in knowledge compared to the peers of my age which I benefit from even today, more than thirty-five years as an IT professional later.

I believe science one day will make faith redundant.

Who should work with Benny?

No one should work directly with him. He works best on his own, locked up in a cellar with free access to Coca Cola Zero, cheese doodles and pretzels, and given three hamburger meals a day.